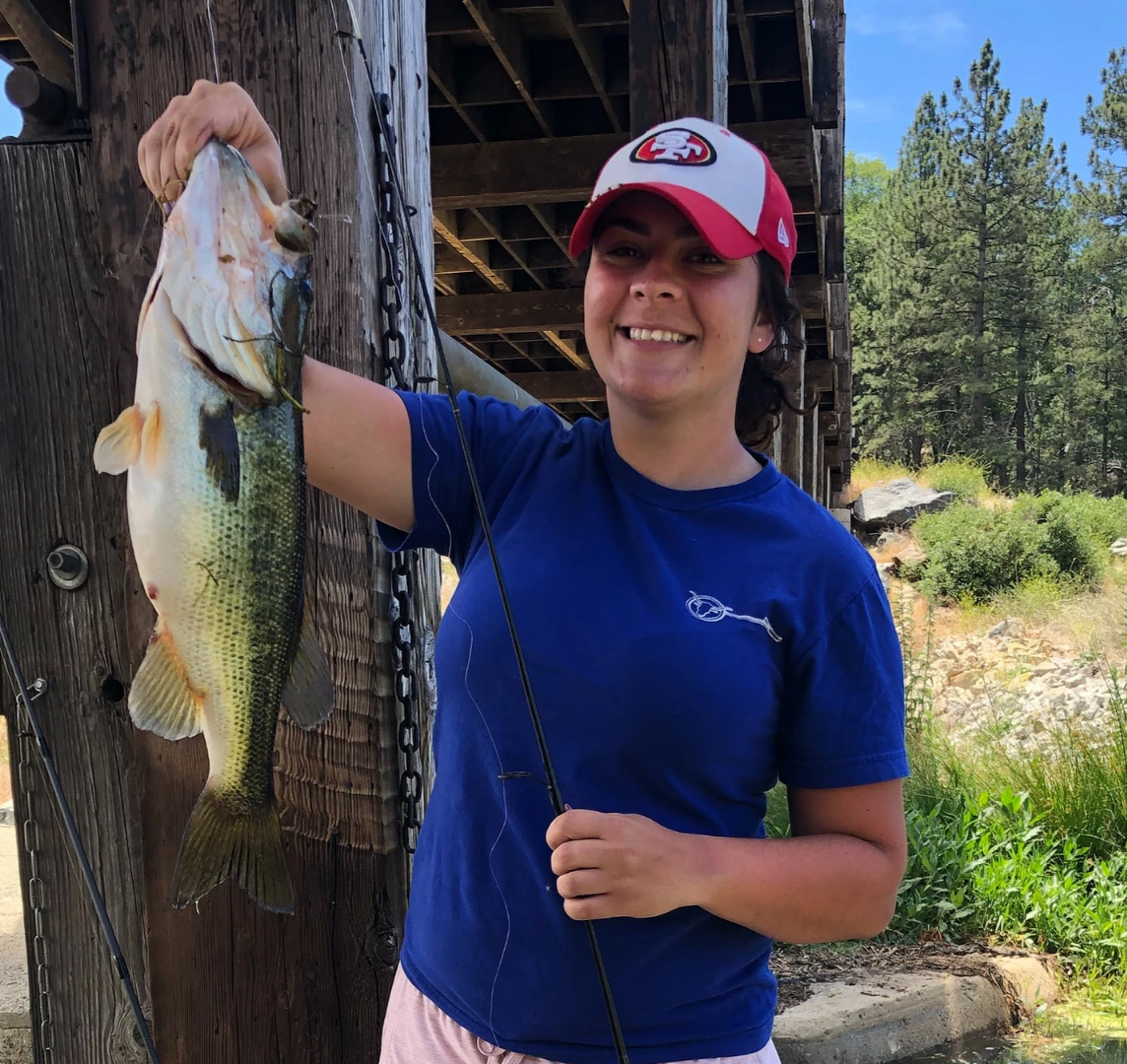 Dusty Britches here lurking around the old bullrush with Tres Dados, and Skunk.

We call Tres Dados Tres Dados because he used to be a cabinet maker and was self-taught on a table saw. Non-the-less Tres Dados is a good person and well intentioned even though he lives in a tent and doesn’t know what a Starbucks is. He boils his own coffee in a pot on the stove and sifts the grounds through his teeth. And they look like it.

We have had some wintry weather lately, but with a forecast of warmer-dryer days. Fishing is picking up. I believe the trout coming out now are what should have come out after our February 9th plant. They were probably obeying our governor’s stay at home order until now. The bite is back on. I am seeing rainbow trout coming out up to 8 pounds. A lightning trout was just weighed at a little over 4 pounds. The bass bite usually comes later due to weather and temperatures. We have signs of good crappie and bluegill numbers.

We will be stocking both catfish and trout mid-April. The 3,000 pounds of Mt. Lassen trout will be in preparation of the inaugural Western Outdoor News Cuyamaca Trout Cast tournament, which will be upon us before we know it, the weekend of April 24-25. And the 750 pounds of channel catfish is a bit of the luck of the Irish to get. We have searched to find not many catfish farms around southern California don’t use Colorado river water to raise their catfish. The California Pacific Aqua Farms don’t. Their water comes from geothermally heated deep water wells, and we are damn lucky to be able to get our catfish from these folks. We take a chance of in-porting Quagga Mussels and/or Zebra Clams if the fish are raised in Colorado River water.

If you are bringing some young anglers up with you, ask to see our fingerling trout in the boat house, we raise them from eggs.

The Canada Geese are pairing up to create some goslings, coyotes are out and yipping all around, the red-winged blackbirds are back, as well as the grackle, starling, sparrow, woodpecker, raccoons (after dark), and those damn cormorants.

Tres Dados just wandered in to make some shelving for us not using a table saw. It looks like he spent the night with the raccoons inside a wet and muddy culvert. The grass mud stuck to his hair looks like an adobe cabin from the 1800’s and puts a little damper on his appearance . If you see him wandering about, just say, "hi" or wave from a distance. No telling when he showered last, or changed his underwear, or if he even has any. Let your imagination run wild with that one!

Our young Labrador has found new denizens to munch while hiking down a trail; goose poop! They are plentiful and my wife has given up yelling at him for it. Oh! And she found her sock she had been looking for when he threw it up before he would poop it out. See, he’s getting better!