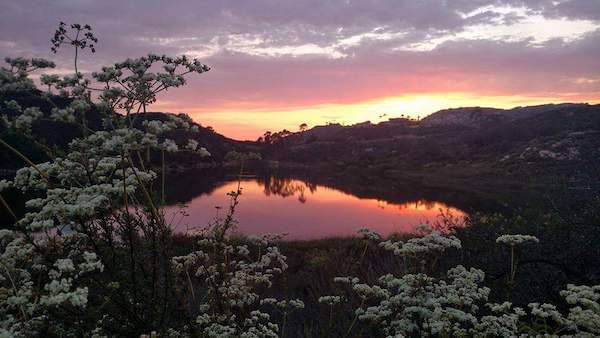 Trout: In the early morning hours, you can round up a few trout in the shallow waters of Trout Cove and Boat Dock Cove. Although, it is the Buoy Line that you want to put your fishing emphasis on. With two stocks in two weeks, the fishing has been great! The cloudy waters after the rain have opened up the opportunity to fish with jigs off the shoreline again. Act on it now before the water clears. A two-pound test set up with a 12 to 18inch leader is recommended. Mini Jigs and Power Worms are being used for the aggressive morning bite while Garlic/Rainbow Power bait and Night Crawlers are the go-to bait when it slows down. Those on boats make sure to check out the Buoy Line if you find that the other areas are not producing well. We do suggest to start your shoreline fishing early as access to deeper water from the shoreline is limited. While fishing from the shoreline, it is recommended to go with the set up listed above. Our next stock is coming in March 6th with a total of 1,500lbs. The Trout catching limit is 5! “No Catch & Release of Trout.”

Bass Spawning Season is almost here!! The Bass population will be moving into the shallow waters shortly. With warmer sunnier days we should see the Bass Spawning up close to the shoreline. Sight fishing becomes popular during this fishing season and renders great results. The fish tend to become more aggressive while defending their beds and will bite at almost anything. Multiple fisherman in the last week have reported that the bite has slowed slightly due to colder water temperatures and considerable cloudiness. Just a reminder, Bass must be at least 12 inches to keep with a limit of 2 at this time.

The Catfish bite has picked back up due to the rain and recent trout stocks. The productive areas have been Jack Creek Cove and the Buoy Line in the early morning and late afternoon before closing. Jason Pizzarusso broke our catfish record with an amazing 29lb 2oz monster just a few weeks ago. We have seen a healthy ratio of large catfish being brought in each week. Catfish have a limit of 5 at this time.

Bluegill have slowed down and pushed into deeper waters. Mealworms, and cut up night crawlers have been good choices for catching Bluegill in the past few weeks with the majority of them being caught in the early morning and afternoon hours. The Buoy Line is producing large size fish at this time. Bluegill are limited to 25 of any size at this time. 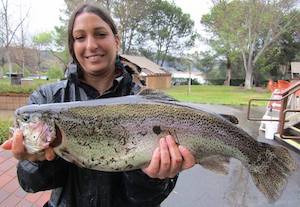 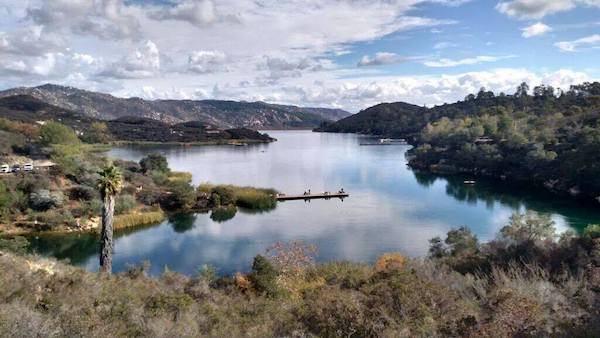